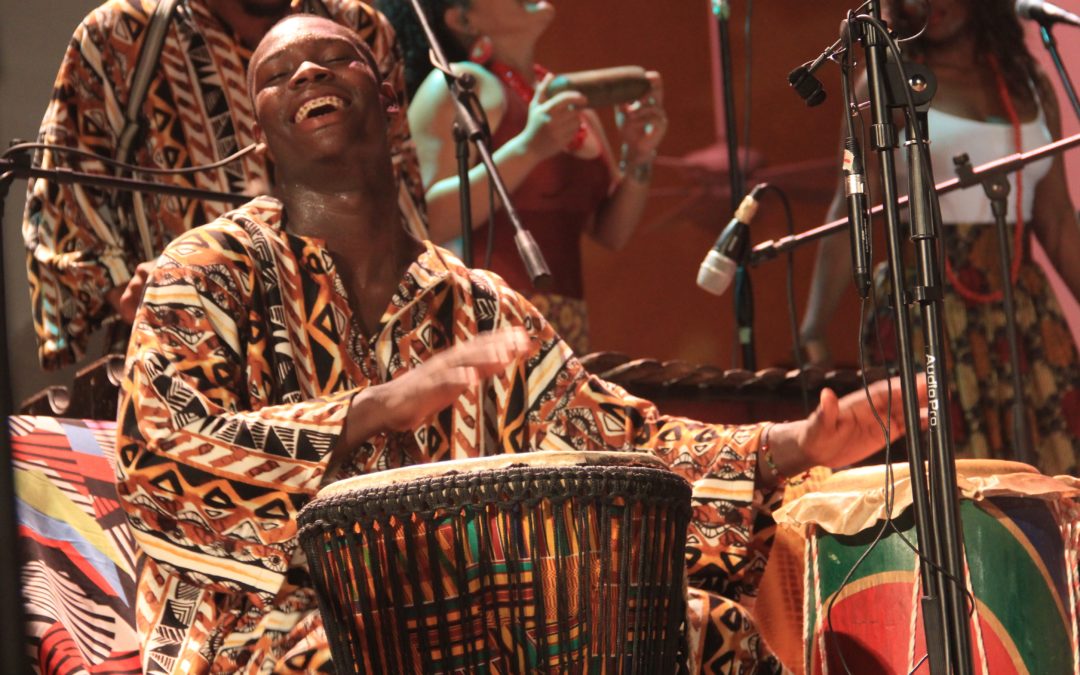 Tambores De Cabildo – A musical experience not to miss if you organize a party in Cartagena de Indias!

Tambores De Cabildo - A musical experience not to miss if you organize a party in Cartagena de Indias!

The performance that Tambores de Cabildo recently gave for the participants of the Business History Conference in Cartagena de Indias was a total blast!

The audience, comprised of over 300 academics, was completely entranced, when the lights went down and three women started singing, surrounded by a very large band playing a multitude of different drums and maracas, and wearing colourful traditional Caribbean clothes,  The band, directed by Rafael Arcangel Ramos Caraballo, a Colombian musician, percussionist and producer, played a wide mix of heritage music from the Caribbean, ranging from traditional Cartagenian songs sung in Spanish, to songs of more native African origin, sang in palanquese, a regional language.

Participants were delighted to listen and dance to the sound of Tambores de Cabildo. The power and energy they transmit with their performance is absolutely remarkable. At some stage the singers and the band stepped down from the stage and played and sang surrounded by a dancing audience, and some academics even dared to play the drums with the band!

Teresa, Andrea and Ben
On behalf of the Business History Conference 2019